Transplant Systems square seedling growing trays were developed as the practical outcome of long ranging research in Europe. The TS 256 (16 x 16 cells) and TS 144 (12 x 12 cells) are square in form which facilitates the smooth, automatic movement through all stages of plant nursery and field planting mechanisation. This also ensures they are always in the correct configuration for mechanical movement. The inherent cell form and volume has proven to be ideal for growing most leaf vegetable seedlings. Each cell is square with tapered wall surfaces. The cell top is wider than the bottom which has a large square drainage hole to improve air porosity and allow for air root pruning. The rootball has a square flat bottom to encourage an upright arrival in the opened furrow. Correct row planting relies on the timing of the plant arrival in the furrow and the pinning of the plant by the displaced soil returning to the opened furrow. If timing is slightly out, V shape rootballs have a tendency to lean over if not immediately pinned by the loose soil returning to the furrow, whereas the squat based rootball is more forgiving and is slow to tumble or to get buried. 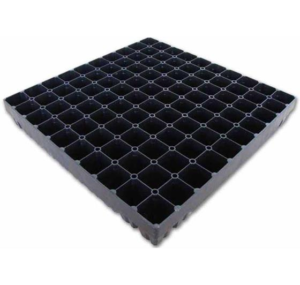 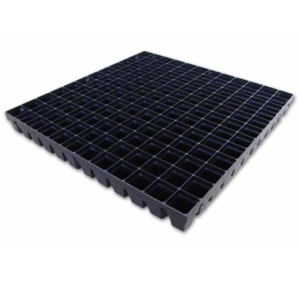 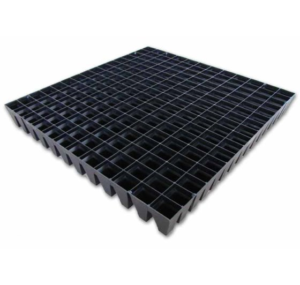 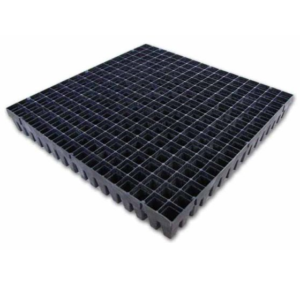 Future Forests will benefit from container design that focus on root development and control during formative growth in the nursery. After seed germination advancing roots are carefully guided to side openings in the walls of each cell in which the seedling is being raised. Upon arrival root tips and bottom leader roots are air pruned. Once planted the seedlings roots will quickly seek moisture and nutrients in surrounding soils and anchor the seedling supporting its early and advanced growth and the branching canopy. No root curl to slow plantation growth and reduced risk of toppling. Our range of seedling growing trays is endorsed by foresters in Finland Sweden, Australia, and New Zealand. 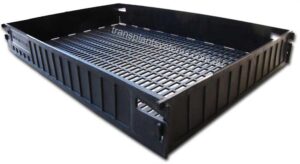 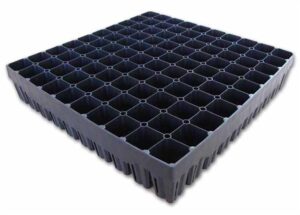 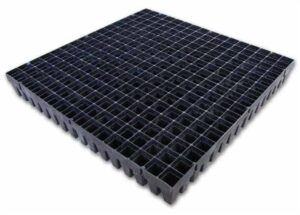 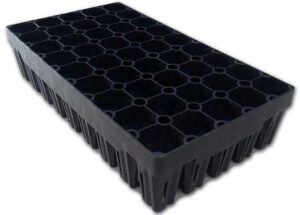 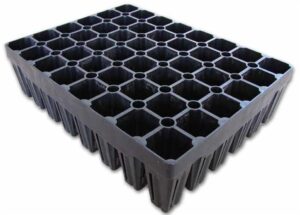 One plug tray has a cell size of 15cc and that tray also includes small air vents between the cells while the deeper tray is 22cc but has no air vents. Both trays are 18 rows x 9 rows.